LEARN THROUGH LIVING
Make your Life your School

“You are a complete full university of knowledge”
Swami Brahmdev 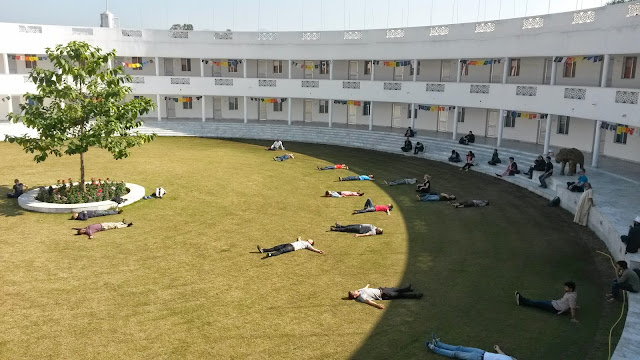 Education is a very important aspect of life but how to educate this life? We have education on how to survive, but we don’t have education on how to live. There is a big difference. One way you are learning to survive and the other way you are learning to live. Most schools just teach us how to survive, so The Mother made one system called the 'Free Progress System' and in this system there is no class with examinations or competition amongst students.  It is a system of choice in which you choose from your inner being if you want to learn something and you choose in which direction you would like to discover something. The Free Progress System creates an environment for the child where there are many possibilities to grow and learn. According to what the child carries inside himself he will automatically discover this according to his inner feelings about what he wants to do and what he wants to learn. There are more possibilities to grow inward and awaken your higher potential in the free progress system. The present system does not awaken your inner potential - not your consciousness or awareness. It is only growing your capacities, a little bit - mental and physical capacities, but it doesn’t awaken your inner consciousness and potential. We want a system that awakens our potential. We have an infinite amount of potential, infinite possibilities. In this human box we carry the supreme power of consciousness, the supreme light of awareness. We are carrying in us the supreme world of possibilities, but we are completely unaware of our potential. We are just aware of our little mind and little capacities. Now the time is coming in which we see the need to change some systems because in evolution things grow slowly. Now there are hopes; in many places people are doing experiments to awaken their potential, their consciousness and the inner life of awareness. The Mother created a system for that; it is not easy to put in practice because we are not ready to understand many things. For that you need full faith in yourself and full faith in the divine. But something is going on and sooner or later we will feel the need of that system and it will grow and we will be able to live with our potential.

"Mother, would you please define in a few words what you mean essentially by 'free progress?'"
A progress guided by the soul and not subjected to habits, conventions or preconceived ideas."
The Mother 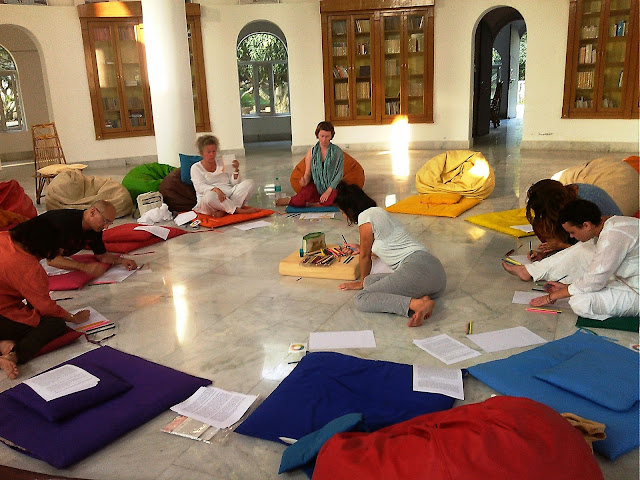 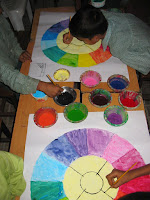 We are not animals that have to live with the same nature and style. Animals eat the same food their whole lives and live in the same style. They never change anything in their life, but in us we always have that power. Whenever you want you can change your direction, all the design, all the shape, all the programmes. You can change all the paintings of your life. To move your life, this is your power. So first thing is, learn how to control and change in you, your feelings, your emotions, your habits. Whatever you don’t feel good about, change it, replace it. You have all the colours, all the powers to design and paint your life. Choose the best colours and paint. Choose the best consciousness and live with that. 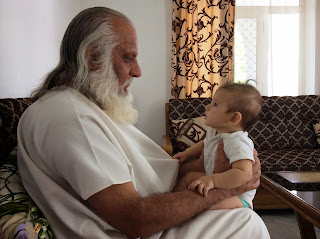 “All the world’s possibilities in man are waiting as the tree waits in its seed.”
Sri Aurobindo
*

How can we grow kids in the system, in normal schools, but not teach them the things from the system? 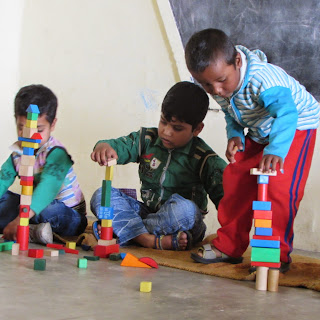 “To Love to learn is the most precious gift that one can give to a child.
To learn always and everywhere”
The Mother
* 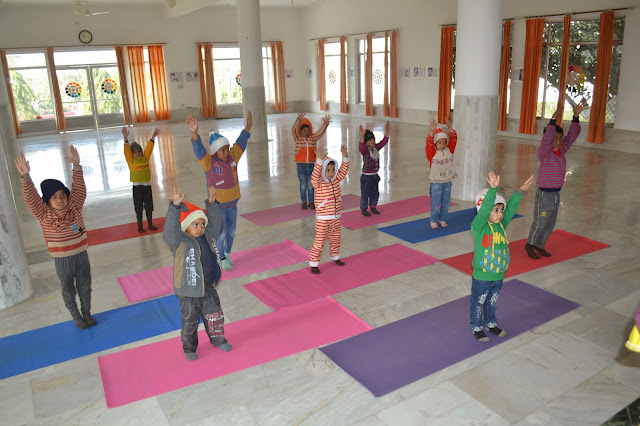 Aurovalley Ashram School was created with the understanding that knowledge is not in a system, but a subject you have to live. And that the Knowledge is inside. We need some pressure, environment and atmosphere where the internal dimension can be opened. From the beginning the idea of Aurovalley was to create an atmosphere of education in which one can be educated from the environment. If you go somewhere in nature, there you will find that something opens inside you. For example let’s look at Buddha. Where did he get all his knowledge? He was a king who could call all the teachers and tell them to teach him but instead he left everything and went to the forest and that’s where he got his enlightenment. 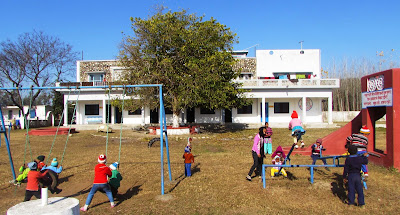 That's our experiment here. And this is the purpose of the new project (referring to the World Temple). The idea is to create an environment so to discover something that can awaken us (to grow the consciousness). This is an ashram of Sri Aurobindo and The Mother and we are working on making possible a new type of education and develop the Free Progress Education System for a new consciousness. In that style of education there is no pressure on you and you do not have any external obligation about having to do something. It is just about creating an atmosphere and seeing in which direction you feel to move or want to know. And for children it is to help them grow in the direction that interests him; it is not that they have to learn content material, language, or math. If anything awakes in him and he aspires to learn something, you give the whole atmosphere and possibilities that can grow him in that direction. 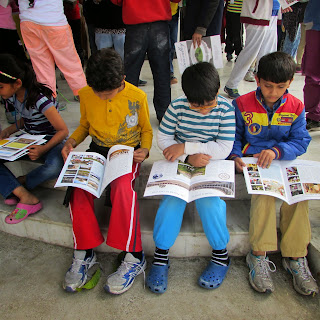 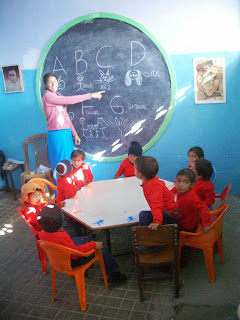 The school we have is a small service to the community, not the education we are talking about, because parents are not interested in such education. No parent wants to send their children to a place where they are not going to teach them anything, and not going to give diplomas or certificates. The school we have here is for young children, 3-7 years old, to offer this atmosphere for a few years and give them a small base with wisdom, freedom and no pressure. But we do not create pressures on anybody about something that must be done, or create notions about doing yoga. First, because there are many things you can do, but yoga is not a matter of doing. Yoga is a way of life, so never create notions about whether you’re doing yoga or not; yoga is your attitude. All life is yoga.

All of nature is here and many colleges come from Delhi and many cities just to spend time in nature. The Ganga river is very close; there are wild animals around and a very pure atmosphere.

"All life is Yoga" Sri Aurobindo