HOW YOU CAN PARTICIPATE IN THE WORLD TEMPLE

It has now been seven months since the initial inauguration of the World Temple on 12-12-12. That eventful day was charged with a harmonious energy which many of you had the opportuinty to experience. However as many of you know the building is not yet complete and so construction to complete the World Temple continues come rain or shine - and these days we have had more rain than shine! 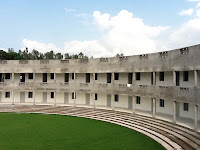 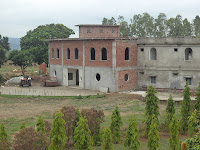 Many of you have yet to see the World Temple while others have seen it when the foundation was being laid. Some of you had the chance to watch the on-going progress just a few months in, others of you saw it for the first time on 12-12-12 and yet some of you have been witness to when Swamiji first struck the Earth marking the beginning of this dream. Whichever one of these people you may be, you are the reason this World Temple is being built - to bring a new consciousness on Earth.

We are now in Phase II of this conscious creation. The Tree of Life (Kadam tree), planted on 12-12-12 with the water and soil from around the world, continues to grow beautifully symbolizing the unison of the spirit of mankind. The first floor is almost entirely complete and since January some of the rooms have been occupied by large groups of yoga students, children from primary schools and short and long term integral yoga students. The focus is now on completing the second floor.


The completion of the World Temple is expected for early next year. It is an impressive building which will be able to hold approxiamtely 180 people and will include conference rooms, spaceous halls, sitting areas, a cafe and a reception.

The World Temple will stand as a symbol of world unity and will translate this symbolism into an educational project towards facilitating the evolutionary process so every being will manifest the divine and realize their highest potential.

" A new world, based on Truth and refusing the old slavery to falsehood, wants to take birth. In all countries there are people who know it, at least feel it. To them we call: Will you collaborate?"
The Mother

We have had many visitors in the last little while who have been moved by this idea and have asked  how they can participate while not physically being at the ashram and so we would like to give people the opportunity to do so.

HOW YOU CAN PARTICIPATE:

All donations are exempt from income tax under section 80G of the Income Tax Act, and can be made by cash, money order, check, or deposited in favor of Aurovalley Ashram Society:

2. Bringing water and soil from your country or any place you have recently visited.

3. With Sadhana and service. Working as a volunteer who wants to grow spirituality with the clarity that it is not for the ego´s sake but rather to transform oneself.
Posted by Aurovalley Ashram Rishidwar at 2:04 AM

"All life is Yoga" Sri Aurobindo